Comberton Ramblers was founded in 1974 by a group of local families that wanted to ensure that footpaths were maintained in a useable form, while also gaining the pleasure of walking in the countryside.

Report of the first walk by Comberton Ramblers

Even in the first year the club was venturing beyond the borders of Cambridgeshire.  There is reference made in the minutes to planning a walk in Thetford Forest, though this did not eventually happen that year. 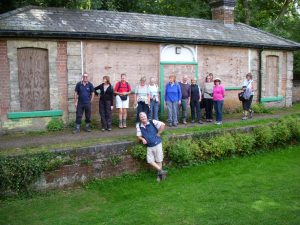 The Old Station in Clare, Suffolk

Bill Rossiter who was one of the founders of the Club, walked with the Club well into his 80s. He wrote some poems about the club and its members and this is an example.

The Club has been walking enthusiastically ever since and has even organised some away weekends to exotic locales such as the Peak District. 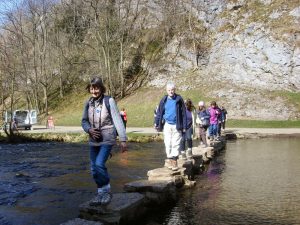 The Club has evolved over the past decade with the membership drawn largely from across Cambridgeshire rather than just from Comberton.  There has also been a move towards more regularly having lunch in a pub after the walk.  Our regular walks average around 20-25 walkers and can sometimes be in the high thirties.